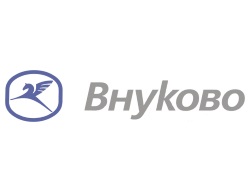 Vnukovo - international airport, one of the three major airports in Moscow and the Moscow region, the fourth volume of passenger traffic in Russia. Has Russia's largest occupied area of the airport complex. Located within the boundaries of Moscow 10 km South-West from Moscow. Terminal Vnukovo-2 is used to serve speciesof senior government officials, and heads of foreign countries. The terminal Vnukovo-3 are used to service speciesof of the Moscow government, aviation space Agency and business aviation.