During this week of saturated with movements and excursions tourists will be able to see Russia from many different sides. Here is a modern megalopolis Moscow, and regal St. Petersburg, with its palaces and canals, and the provincial city of Tver and Novgorod, which has preserved its historical uniqueness, as well as breathtaking views of Russian nature, which is almost impossible to see in the night train. 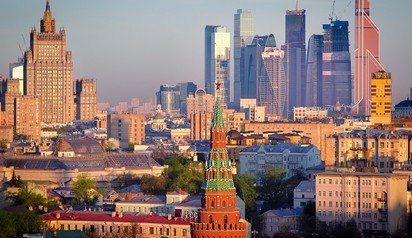 Tourists arrive in Moscow and after passing passport control head out to the hotel which is located in the central part of the city on a comfortable bus. In the evening tourists will have free time to rest and have dinner. 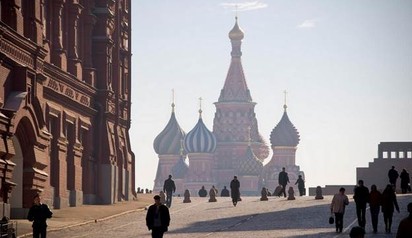 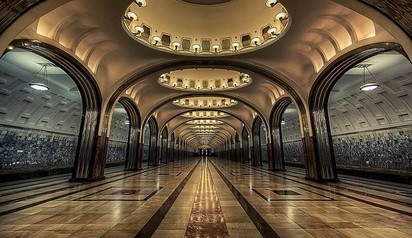 In the morning after Breakfast, tourists will go on a walking tour in the heart of Moscow, which will begin with the red square. For an hour and a half tourists can take pictures of Kremlins chiming clock and colorful domes of St Basil’s Cathedral, try out famous ice-cream in the main mall of the capital – GUM, take a look at it’s amazing architecture and feel the remained spirit of Soviet time. After that, the group will get behind the red walls to see The Kremlin inside and take a closer look to the centuries-old relics.

After The Kremlin tourists return to their bus and go on to look at the main sights of Moscow. After lunch the bus will make stops at the Novodevichiy convent, Sparrow hills, the main building of Moscow State University Victory Park and The Russian Exhibition Centre which is the main walking area of the city since Soviet times. There will be enough time to have a walk and take pictures of each place.

Evening, tourists can spend at their discretion - go relax at the hotel or continue sightseeing evening city themselves. 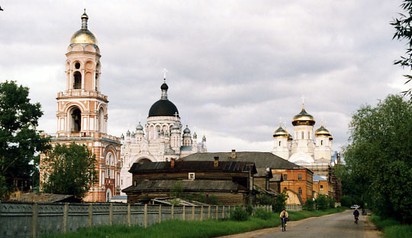 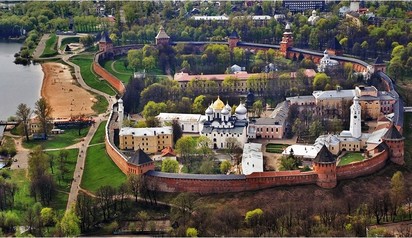 In the morning tourists have Breakfast, check out of the hotel and get in a comfortable long-distance bus to go in the direction of Saint-Petersburg. The distance between two cities is more than 700 kilometers across fields, small villages and historic cities tourists where tourists will stay.

The first stop on the route is Tver, which surprises with its beauty and versatility. Here, at the historic streets, the design of which the Empress Catherine the Second was participating in, now you can find a huge number of modern shops, restaurants and banks.

Here tourists will have lunch at a traditional Russian restaurant where they can taste some of Russian national dishes, without which it is impossible to imagine Russian cuisine. After lunch, the group will go on a sightseeing tour of the city to see its main attractions, among them Lenin square, Imperial Palace and the Cathedral of the assumption. After the tour the group will travel to a pedestrian street called “Three saints” to buy some local souvenirs.

In the afternoon, the group leaves the Tver to go to an old city - the city of Novgorod. Veliky Novgorod, as it is called, is one of the oldest cities in Russia. In the middle ages it was a major center of trade and crafts, now this is a City-Museum.

Here tourists will check-in to the hotel and have dinner in one of the traditional restaurants in the heart of the city. 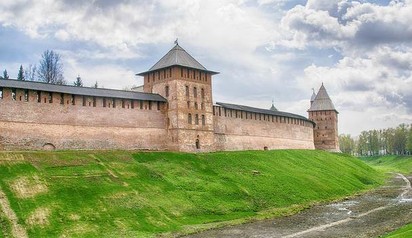 This day will be entirely devoted to acquaintance with the Great Novgorod. After Breakfast tourists will go on a sightseeing tour, which will begin in the heart of the city – Novgorod Kremlin. Where are most of the monuments and architectural structures are located. By the way, the Novgorod Kremlin is the oldest in Russia, it was founded in the 11th century. Here tourists will spend approximately two hours.

After lunch, the group will set off to explore other attractions of the city, Gostiny Dvor, the monument to the Millennium of Russia, Sophia bell tower that they can climb on and take pictures of the amazing views of the Trading part of the city and the river Volkhov.

Later in the evening tourists will arrive in the Northern capital of Russia, Saint-Petersburg. Here are all check-in to the hotel, have dinner and rest. 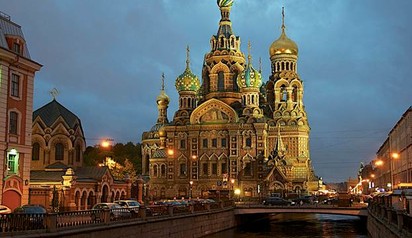 After Breakfast at the hotel, the group sets off to explore the main attraction of the city on Neva river - the Winter Palace, which has seen the most colorful balls and receptions, as well as the assault and disturbance during the revolution of 1917. Now the Palace is a part of the main Museum complex of the Hermitage. The tour of the Palace will last an hour and a half.

After lunch at one of the cafes in the city centre, the bus moves to the Cathedral of the Savior on spilled Blood, bright and unusual architecture which can hardly leave anyone unconcerned.

Also today, the tourists will see the Kazan Cathedral and walk along the main street of the city, Nevsky Prospect, where a large number of restaurants, cafes and shops. Evenings can be spent at their discretion. 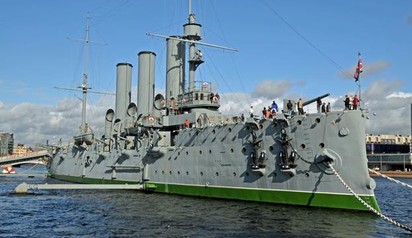 After Breakfast the group will go on Vasilievsky island, the largest island in the Neva Delta, here they will see the Peter and Paul fortress and the famous spire of the Admiralty.

After lunch the group will visit the Smolny Palace, which at various times was the Imperial residence, Institute for noble maidens and revolutionary centre. 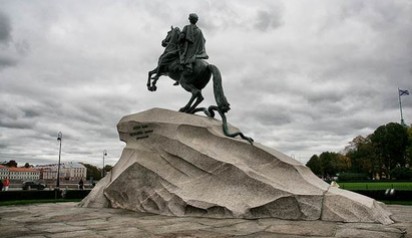 The final day of the tour begins with a visit to one of the most famous museums in the world, the state Hermitage Museum, which presents an impressive collection of art from all around the world.

After a two-hour excursion in the Hermitage, a visit to the Art Museum and lunch, tourists will see St. Isaac's Cathedral, which is one of the symbols of the city. Here you can also get to the top of the dome of the Cathedral and make the best pictures of the city from height. Next to the Cathedral, tourists will also see the monument to Peter the great and walk a little further to the Neva river bund to look at the Sphinx on the University bund. These amazing sculptures where brought from Egypt by order of Tsar Nicholas the First, their age is about 3.5 thousand years.

In the evening the bus will take tourists to the airport where they will head out back home.