Ship trip from Saint-Petrsburg to Moscow

This trip is different from many other tours in Russia primarily because most of it passes by ship. Departing from St. Petersburg, tourists will see beautiful Northern nature and its reserves, will stop at monuments and architecture, will learn a lot about the history and science of Russia. On a comfortable boat, tourists will be offered three meals and entertainment that will be a great addition to the observation deck for unique landscapes and everyday life of local residents. 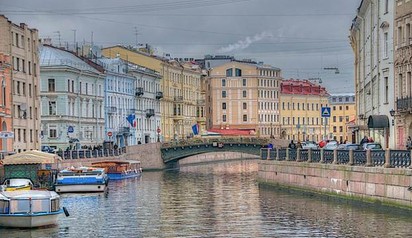 The group arrives in Saint-Petersburg, Pulkovo airport. After passing through passport control on a comfortable bus goes to the hotel, which is located in the Central part of the city. Evening - dinner and free time to relax or explore the city. 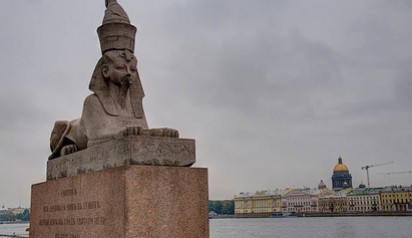 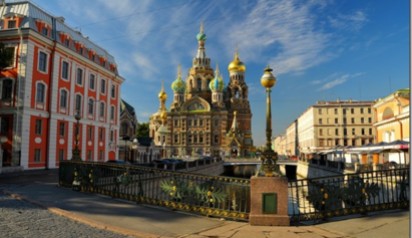 Saint-Petersburg is primarily associated with the Royal dynasty, so there is a huge amount of sights associated with a more than 300-year reign of the Romanov family. First of all tourists will visit The Summer Palace of Peter the Great, the founder of the city. The Palace is considered one of the oldest buildings in the city. Duration – 1.5 hours.

After that tourists will look at the Isaac’s Cathedral, one of the symbols of the city, not only outside, but even inside. Here you can also get to the top of the dome of the Cathedral and make the best pictures of the city from height. Next to the Cathedral, tourists will also see the monument to Peter the great and walk a little further to the Neva river bund to look at the Sphinx on the University bund. These amazing sculptures where brought from Egypt by order of Tsar Nicholas the First, their age is about 3.5 thousand years.

After lunch, the group sets off to explore the main attraction of the city on Neva river - the Winter Palace, which has seen the most colorful balls and receptions, as well as the assault and disturbance during the revolution of 1917. Now the Palace is a part of the main Museum complex of the Hermitage. The tour of the Palace will last an hour and a half.

After that, the bus moves to the Cathedral of the Savior on spilled Blood, bright and unusual architecture which can hardly leave anyone unconcerned.

Also today, the tourists will see the Kazan Cathedral and walk along the main street of the city, Nevsky Prospect, where a large number of restaurants, cafes and shops.

After the tour ends, tourists will have plenty of time to walkaround by themselves. 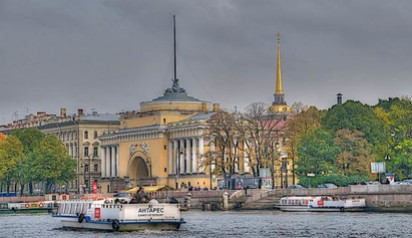 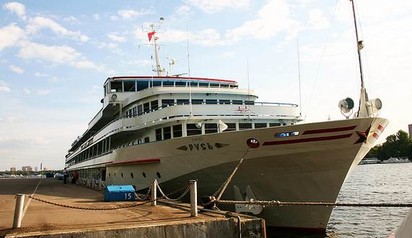 Today begins the main part of the trip - a cruise on the Neva river, lake Ladoga and Onega lakes, the Volga river in the direction of Moscow. After Breakfast and check-out from the hotel the group will see one of the most famous museums in the world, the state Hermitage Museum, which presents an impressive collection of art from all around the world.

After that the group will go on Vasilievsky island, the largest island in the Neva Delta, here they will see the Peter and Paul fortress and the famous spire of the Admiralty.

After lunch, the group will move to the cruiser Aurora, which fired a volley for the beginning of the revolution. Here you can walk along the deck and take pictures for an hour. Then the group will visit the Smolny Palace, which at various times was the Imperial residence, Institute for noble maidens and revolutionary centre.

After that, the bus will take tourists to the dock, where they will sign up on board of one of the cruise ships. Today the ship will depart on the Neva river to Lake Ladoga.

Cruise ships are one of the most peaceful and enjoyable ways to travel from Saint-Petersburg to Moscow to get acquainted with the rich Russian history and culture and see the amazing nature of Central Russia. All ships have restaurants, and entertainment. 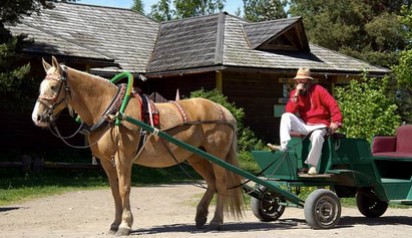 Today the ship is on the Svir river and stops near Russian folk village  Mandrogi, built in traditional Russian style. In this large village ships of the Peter’s fleet were built, were making iron and an actively trading. However, in the years of the great Patriotic war, the entire village was destroyed, and was later restored as a tourist station for ships.

Here tourists will arrange a picnic on the river with traditional Russian dishes and snacks, buy wooden Souvenirs from the Karelian masters, and then visit the island of tales, craft Sloboda and Russian vodka Museum, where you can not only learn the history of the main Russian drink, but try it. 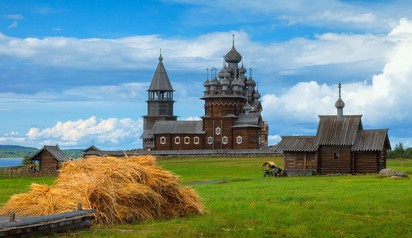 The boat continues to cruise on lake Onega to the natural reserve of Balaam, on territory of which is "Holy island" Kizhi is a masterpiece of wooden architecture, surrounded by the stunning natural beauty of the Russian North.

On one of the Islands is one of the first in Russia historical-architectural and ethnographic open-air Museum, which contains monuments of architecture, household items and icons from different eras. Here the group will tour the historical Museum and have a walking tour around the island, visit the wooden Church of the Transfiguration and of these peasant houses, at different times brought to the territory of the reserve.

In addition, in Kizhi you can buy traditional Souvenirs, which are mostly made of wood, and just walk and breathe in the pure Northern air. 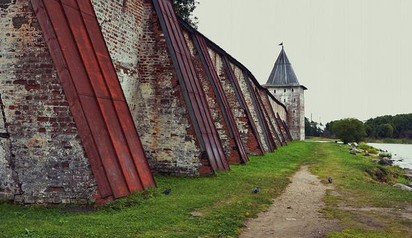 Today, the ship with tourists will pass through the picturesque river Sheksna towards the settlement Gorica, which is located in the Vologda region.

This is not a large village but the first place is famous for the fact that there are bus tours to the Kirillo-Belozersky monastery. This is one of the largest and most well-fortified monasteries in Russia, which is seen within its walls many of the kings and other important historical figures. In the religious buildings, the tourists will see the Uspenskiy Cathedral, Holy gate and the Museum of icons. 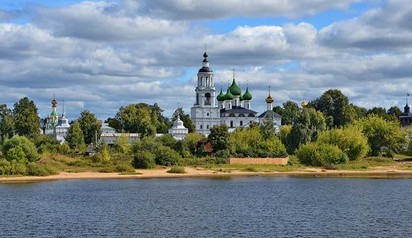 On the fifth day of the cruise tourists will be able to enjoy the views and expanses of one of the major Russian rivers - Volga. After crossing a wide Rybinsk reservoir, the ship will anchor in the port city of Yaroslavl, which recently celebrated its Millennium. Now it is clean and well maintained city with many attractions that attract large number of tourists from different countries.

On arrival at the port the bus will meet tourists on which they will go on a sightseeing tour of the city. The bus will stop at the city's main attractions such as Church of the Nativity, John the Forerunner, the Archangel Michael, the Epiphany, and many others. In addition, tourists will visit the Yaroslavl Kremlin and walk along the restored to the Millennium city of the Volga river embankment. 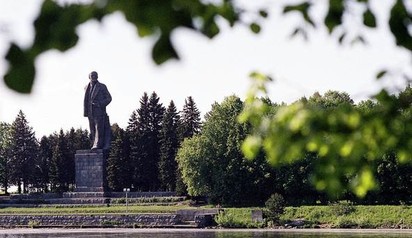 The city that the group will see today, is one of the main centers of science. In Dubna, despite its very small size, is Russia's largest center for research in nuclear physics. This is a fairly new city, rapid population growth which affected the construction of research centers and factories.

Here the group will go on a sightseeing tour around the city, the oldest part of the town, and started with the city itself, you will see the second largest statue of Lenin in the world and buildings of research centers, and will also visit the exhibition of nanotechnology (depending on tours date). 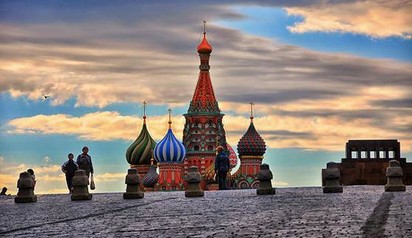 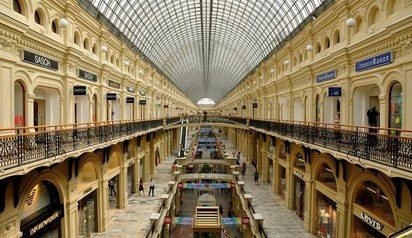 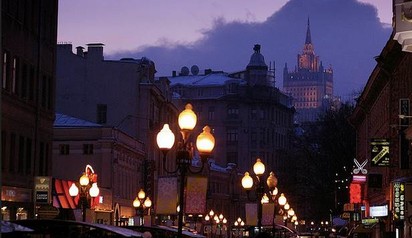 Last day of the cruise - this day, the group arrives in Moscow.

The bus will meet tourists on the pier and will go on a sightseeing tour of the capital of Russia. As in Moscow, the group will be only one day, the program is quite intense.

The first stop - the heart of Moscow, Red square.

For an hour and a half tourists can take pictures of Kremlins chiming clock and colorful domes of St Basil’s Cathedral, try out famous ice-cream in the main mall of the capital – GUM, take a look at it’s amazing architecture and feel the remained spirit of Soviet time. After that, the group will get behind the red walls to see The Kremlin inside and take a closer look to the centuries-old relics.

After The Kremlin tourists return to their bus and go on to look at the main sights of Moscow. On the way the group will stop in a small traditional restaurant, where they can taste Russian traditional cuisine. After lunch the bus will make stops at the Novodevichiy convent, Sparrow hills, the main building of Moscow State University and Victory Park. There will be enough time to have a walk and take pictures of each place.

The final point of today's tour will be the main pedestrian street of Moscow - Arbat, which is particularly charming in the evening. Here you can listen to street musicians, feel the rhythm of the city and buy Russian Souvenirs in one of the many shops - dolls, painted shawls, caskets and Soviet attributes.

After dinner, the group will return to the bus and go to the airport where they will fly home.